Annually 85% of City to Shore participants ride with a team. Team Captains play an essential role in the ride's success each year, and we are here to support and recognize you!

As a Team Captain, you'll receive one-on-one help from your team’s designated Bike MS staff to: answer questions, meet with you and team leaders, provide guidance, visit your company for a Q&A session or sign up, and much more!

New this year City to Shore will be hosting a series of Virtual Team Captain Meetings to help keep you connected and apprised throughout the season. Receive firsthand important ride updates and build excitement with your fellow captains for Bike MS: City to Shore 2021! Visit the Pre Ride Events section of the Ride Details page for more information.

Visit the Teams page for additional team captain resources and information. Plus, keep reading for more information on City to Shore specific team perks and benefits.

Participants are encouraged to reach their $300 fundraising minimums by August 22 to ensure their rider number packet is mailed to them, saving them and your team time ride morning! Click here to learn more. Team number pick-up sessions will also be available in early September for teams with 25 or more members.

Staying over? Team housing offers a great opportunity and centralized location to celebrate your team’s collective success,come together and share experiences from the day while also building camaraderie between your team members (and it's fun!). It's also a great way to advertise your team/company.

Team Parties: Many restaurants will host a private party ride weekend! This is a great opportunity to throw a memorable post-ride celebration for your team and supporters in one of Ocean City’s many great restaurants.

Let’s see those awesome team jerseys! We have so many colorful and creative team jerseys on the route ride weekend, but which one will take home the ‘Best Team Jersey’ Award this year?

The winner will be announced at the Awards Ceremony in January.

Create a meeting point for your team members, hand out rider numbers and/or team jerseys and more!

Who: Teams with 35 or more members by August 31 have the opportunity to rent a tent at the PATCO start for $150.

What: You'll receive one 10x10 tent, one banner printed with your team's name, one table and two chairs at the PATCO start.

Where: Team tent location will be posted the week of the ride.

With so many amazing teams, how can we not recognize them throughout the season!? Team recognition comes in many forms, such as:

Congratulations to our 2020 Team Award winners!

Congratulations to our top fundraising teams for City to Shore 2020! The teams listed below went above and beyond in their fundraising efforts to support our mission, securing another successful year of City to Shore despite the move to a virtual space. Teams will be recognized for their achievements at our City to Shore Virtual Awards Ceremony on February 23rd. If you are a team captain and have requested your team achievement plaque, it will be mailed to you in the coming weeks so you can commemorate your success in 2020. Thank you again to all our teams for their hard work and determination in 2020!

Larry Kane's Chairman Cup - This traveling trophy is given to a team for its dedication to the goals of National MS Society and its mission. 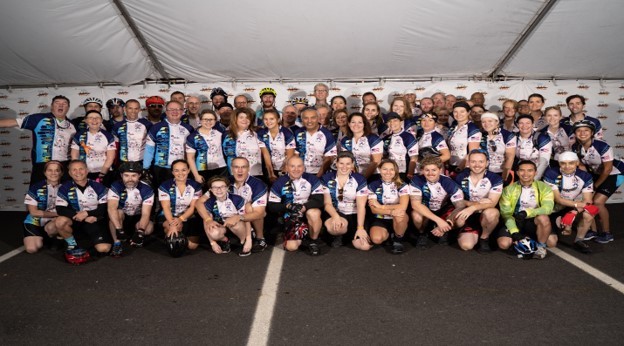 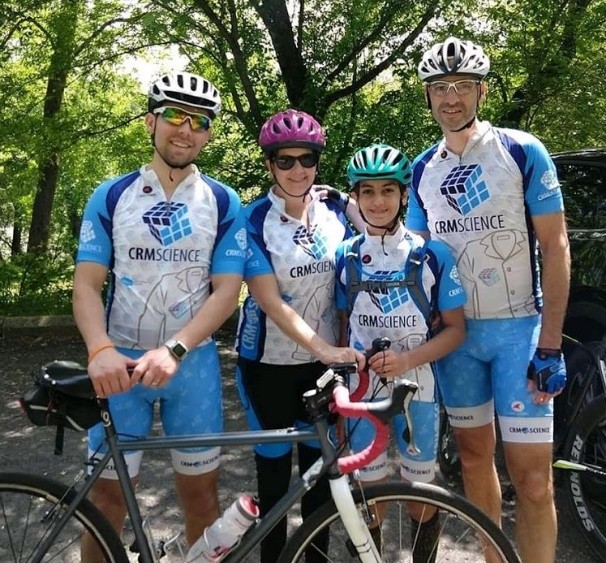 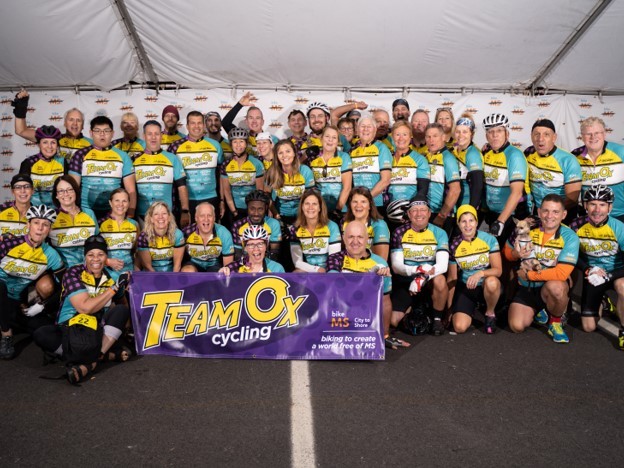 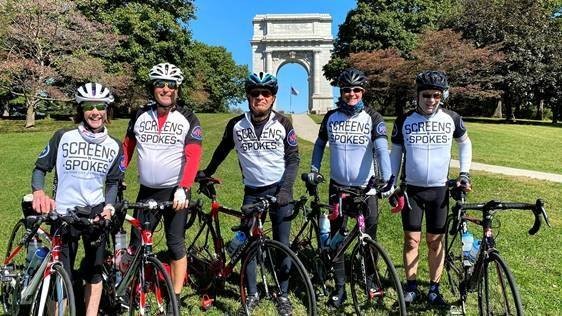 Outstanding First Year Team - Team that exhibits outstanding recruitment and fundraising efforts in their first year with the event. 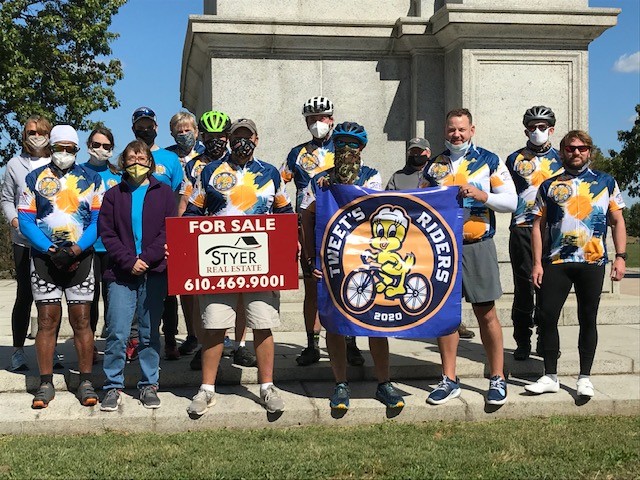 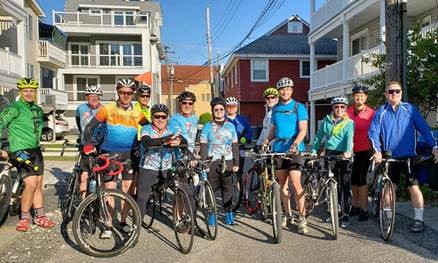 Best Team Jersey – Best team jersey as voted on by cyclists from City to Shore 2020!

Special Shoutout to our City to Shore teams that were recognized at Bike MS: Inside Out October.

In it to Schwinn It (Team Captain: Aly Morris) won best team jersey as voted on by Bike MS: Inside Out participants. 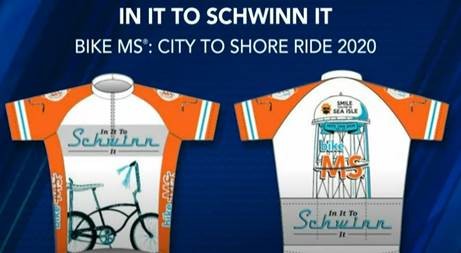 Team Ox (Team Captain: Larry Oxman) finished as the runner up for best team jersey, earning the second most votes.

Roxborough Riders (Team Captain: Jeffrey Craighead) were also recognized as the winners of the Bike MS: Inside Out Mission Jersey national competition. This award was given to the team jersey that best represents the mission of the National MS Society. Roxborough Riders won for their design that includes the names of everyone they ride for on the back of the jersey! 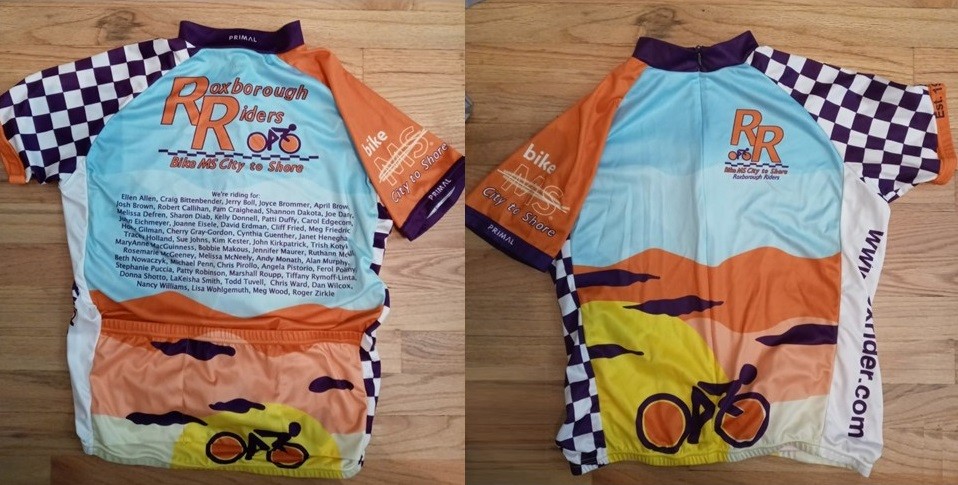 The Team Top Fundraiser Award will return for City to Shore 2021!

The Team Safety Awareness Award will return for City to Shore 2021!

The Most Festive Rest Stop Award will return for City to Shore 2021!