This fund is in honor of my younger brother, Jason Christopher Pratt of Montpelier, Vermont, who passed from complications due to MS on November 6, 2021 after a valiant battle since his diagnosis in 2008. 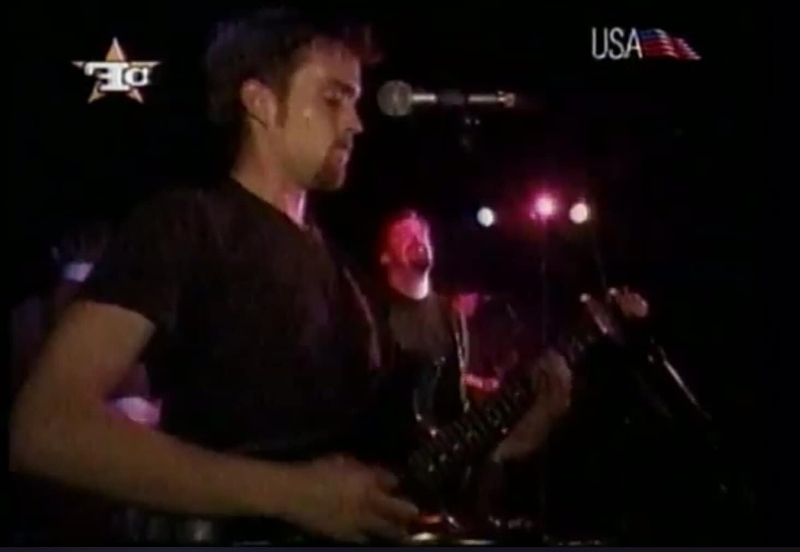 A great brother, accomplished guitarist, musician, performer, and incredible teacher of many things, Jason was a connoisseur of all types of music. He had a vast knowledge of artists, songs, dates, and influences (which mirrored our dad’s massive talent for trivia). His musical creations and contributions will live on through his discography, and be carried in the hearts of the musicians and collaborators lucky enough to play and work with him. He was very soft-spoken, and if you knew him, you were lucky. He was one of a kind, and will be missed by many. ❤

Jason devoured all the music available to a Vermont kid in the 1980s, and when he was 14, after learning traditional saxophone, he started playing guitar. He poured a superhuman amount of talent, curiosity, and hard work into becoming a formidable guitarist, musician, composer, and collaborator.

After moving to Burlington VT in 1995, he found some like-minded musicians and friends, and soon he was the rhythm guitarist for Dysfunkshun (based in Burlington), from 1996 to 2002 - The group released 3 CDs during his tenure and toured all over the east coast, playing shows at storied venues including CBGBs in NYC, The Bitter End in Portland, ME and several cities including Philadelphia, Boston, Asbury Park, NJ, and of course Burlington where they were local favorites.

Jason was a member of the Burlington music family during a period thought of as the most creative period of the VT music scene.  His friendly demeanor quickly captivated everyone he was in contact with and his impeccable playing garnered respect from local peers to legends of underground music like Corey Glover of the band Living Colour, who said (after seeing Dysfunkshun at CBGBs) he had never heard anything like Dysfunkshun, and he “loved it”.  While playing with Dysfunkshun, Jason added a layer of smooth, danceable funk to the band’s punk roots that gained the attention of the music industry worldwide especially with the releases of “Hi Fi Stereotype” and “You're Soaking In It”.

After Dysfunkshun disbanded in late 2002, he continued to do what true artists do - pursue his art and grow.  He started many projects and became very interested in music production and recording, working with numerous musicians and studios around VT.  He continued to “tweek” his beloved Fender Stratocaster AKA “the Prattocast” to make it an instrument to match his musical passion and genius. He was also an excellent sound engineer, providing sound reinforcement at the legendary 242 Main in Burlington for several years for a generation of  young underground bands.

Having to give up playing the guitar was one of the hardest blows that MS took on him. However, he made up for it by making use of his hands with Rubik's cubes and decks of cards, learning magic tricks, game theory, memorizing complex cube algorithms, reading books, and solving highly complex puzzles of all kinds. He also spent his time listening to music, and always enjoyed showing & telling people interesting factoids and tidbits about music of all types, as well as the history behind many songs & artists. He was a genius at whatever he put his mind heart & soul into.

Jason truly believed MS could be better treated and hopefully cured by scientific breakthroughs. He avidly followed MS research and news, always hoping it would evolve sooner rather than later. If you would like to contribute in his honor/name, please make a tax-deductible donation to the National Multiple Sclerosis Society. You can even do it anonymously. It’s fast and easy to do, and many will benefit from your generosity. Jason would be very proud/happy, as all he ever wanted was a cure to this cruel and terrible disease.

We would like to thank Jason's family of Aunts, Uncles, Cousins, friends, former band-mates, musical colleagues, & acquaintances on Facebook for everything - The messages of support, & posts have truly warmed my heart. His full obituary will be published in the Burlington Free Press, The Times Argus, Seven Days, and The Washington World.

A benefit/memorial show is also planned for sometime in June or July of 2022.

Thank you for your support! Together we can make a difference.